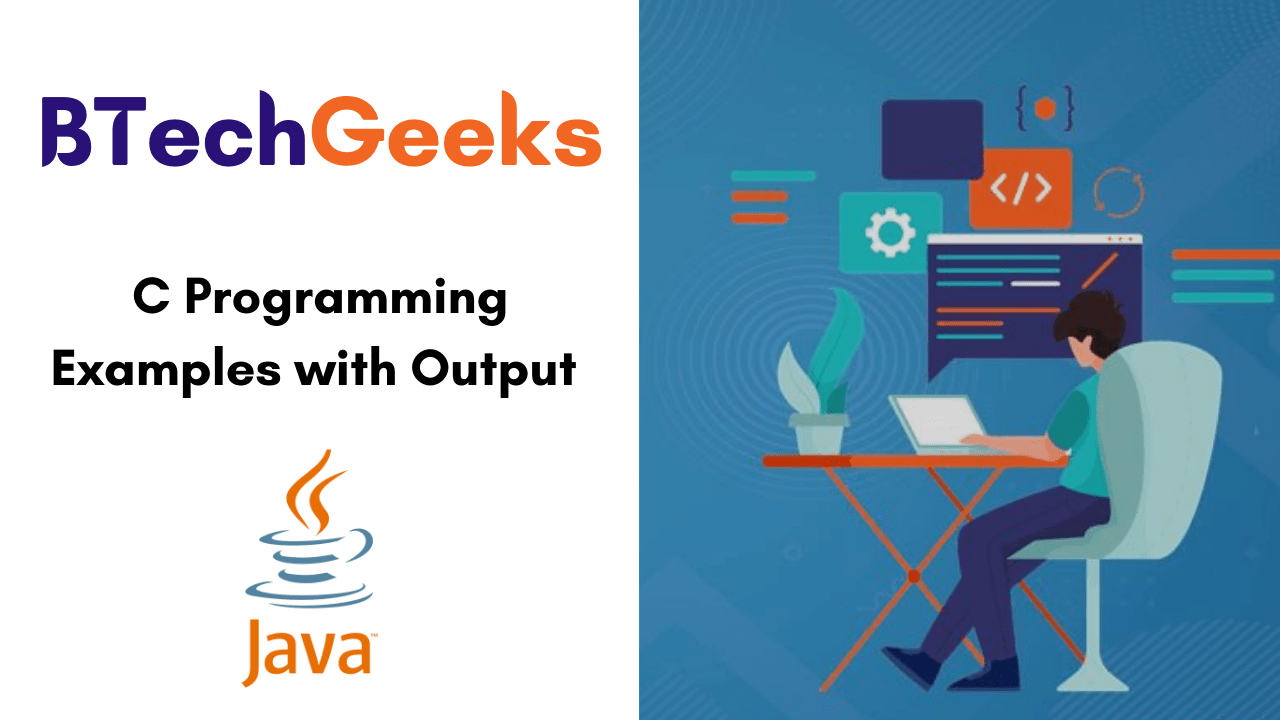 Output of c program examples: An exciting way to learn C Programming Language is by practicing C Examples. The list of 200+ C Programming Examples with Output for Beginners practice sessions is provided by BTech Geeks to enhance your coding skills. All simple c programs with output & advanced C Programming Examples prevailing here help you gain basic knowledge of C language codings such as declaring variables, functions, loops, number programs, c patterns, c language programs examples with output, c programs for practice, complex c programs, recursions examples, and many more. You guys are suggested to take the reference from these C programs and practice on your own which works on all platforms.

If Else C Programs

C programs list: Beginners who like or love to do mathematics can do well in programming. In maths also practicing and solving the logic & techniques is very much important likewise in coding, so both come on the same page. As we have said earlier that practicing more and more basic c programs can make you understand the concepts very easily and improve your coding skills. C example program with output, simple c program with output mentioned below.

This C Programming language Examples with Output tutorial for freshers covers the step-by-step explanation of all the programs that begins from basic level to advanced level of topics. C program output examples includes functions that contain instructions provided to a machine to execute a particular task.

The process of writing a C programming code consists of designing an algorithm, flowchart drawing, later on writing a code. Once you are done with writing the code then it’s time for testing and debugging the code to get the required outcome. Check the below modules and clearly understand how to write, compile and run the c examples.

How to write a C Program?

Simple c code: Before you begin coding with abcd of c language let’s learn how to write a C program with small example code from this section. In order to write a C simple program with output, you should have a text editor and a compiler.

To code in C language first, you need to open the C console and write the following code:

How to compile and run the c program?

C programs examples: To compile the program you need a compiler. A compiler converts source code into machine code, which includes zero’s and one’s only, ready to be executed on a machine. You can observe two ways to compile and run the c Program. They are as such:

Or, press ctrl+f9 keys compile, and run the program directly. You will see the following output on the user screen. 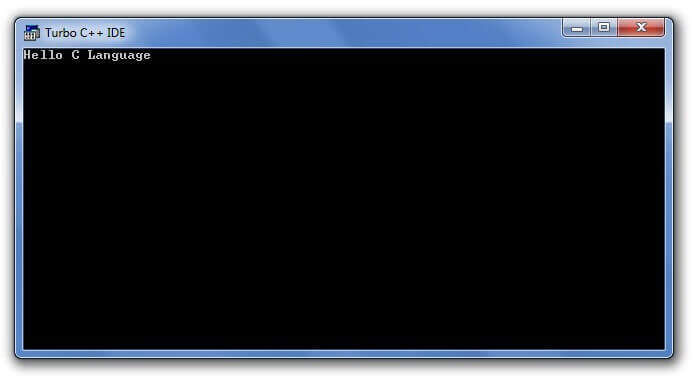 You can view the user screen any time by pressing the alt+f5 keys. Now press Esc to return to the turbo c++ console.