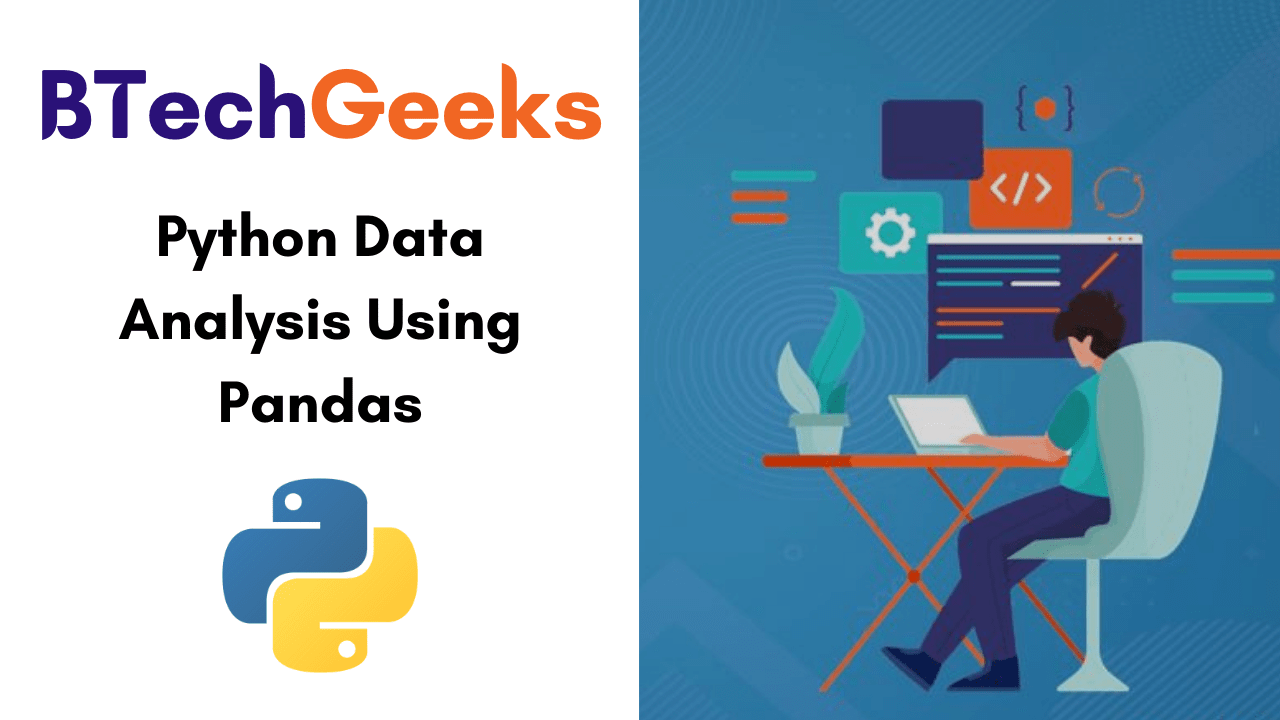 Here, in this tutorial, you guys will come to know what is python pandas, the core components of pandas, a list of python Dataframe concepts, the Advantages, and learn How to perform data analysis & data manipulation using Pandas in Python?

Pandas is a very quick, strong, flexible, and user-friendly open-source data analysis & manipulation tool, made at the peak of the Python Programming Language.

The list of core basics to advanced concepts of python data analysis using pandas are listed here in the form of direct links. Just click on the respective Python Pandas Dataframe Topic and learn efficiently & easily.

Select Items from a Dataframe

Remove Contents from a Dataframe

Add Contents to a Dataframe

Find elements in a Dataframe

Count stuff in a Dataframe

Iterate over the Contents of a Dataframe

What is Pandas in Python?

The most famous python library which is utilized for data analysis is called Pandas. Pandas render extremely optimized performance with back-end source code which is written totally in C or Python. Also, using pandas you can easily familiar with your data by cleaning, transforming, and analyzing it.

In Pandas, the data is usually utilized to support statistical analysis in SciPy, plotting functions from Matplotlib, and machine learning algorithms in Scikit-learn.

Pandas have two core data structure components, and all operations are based on those two objects. Organizing data in a particular way is known as a data structure. Here are the two pandas data structures:

What is Pandas Series?

In Padas, the definition of Series is one dimensional(1-D) array utilized to store any data type. We build series by appealing the pd.Series() method and then a list of values will pass. Later, we print that series in pandas with the help of a print statement.

What is Pandas Dataframe?

A dataframe is a data structure that is maintained to store and manipulate the tabular data in pandas. The organization of the dataframe can be done in columns and every single column stores a single data type, like strings, boolean values, floating-point numbers, etc.

In Pandas, we create a Dataframe from a Python dictionary, or else by loading in a text file comprising tabular data. Also, it is used for data storing from general formats of data such as CSV files, Excel sheets, and others. Below, you can observe the creation of Series and Dataframes using pandas.

How to Create Series and Dataframes using Pandas?

Here, we are giving two examples that help readers to understand how the creation of series and data frames are done using pandas in python:

What kind of data analysis can I perform using Pandas?

There is a possibility to perform all kinds of data analysis and data manipulation with the help of Pandas in Python. Here, we have listed some of the key points for your reference:

Pandas Vs NumPy | Comparison Chart between the Pandas and NumPy

The following table illustrates the comparison between the python pandas and NumPy. Let’s discuss the Pandas Vs NumPy

Beginners and job seekers must have a fundamental understanding of computer programming terminologies and any style of the programming languages before going to learn more about Python Pandas.

Advantages of Pandas in Python

In python, Pandas is also one of the most popular libraries used for storing and manipulating data. Also, it has several benefits over using another language. A two of the most common advantages of Python Pandas are listed below:

A list of commonly asked Top Python Pandas Interview Questions is enlisted here for freshers and developers who are appearing for interviews in top MNC companies.