To understand this program, you should have knowledge of Input and Output in C

Input/Output in C can be achieved using scanf() and printf() functions. The printf and scanf are two of the many functions found in the C standard library. These functions are declared and related macros are defined in stdio.h header file. The printf function is used to write information from a program to the standard output device whereas scanf function is used to read information into a program from the standard input device.

Function Prototype of printf and scanf in C

C Program to read and print an Integer, Character and Float using scanf and printf function 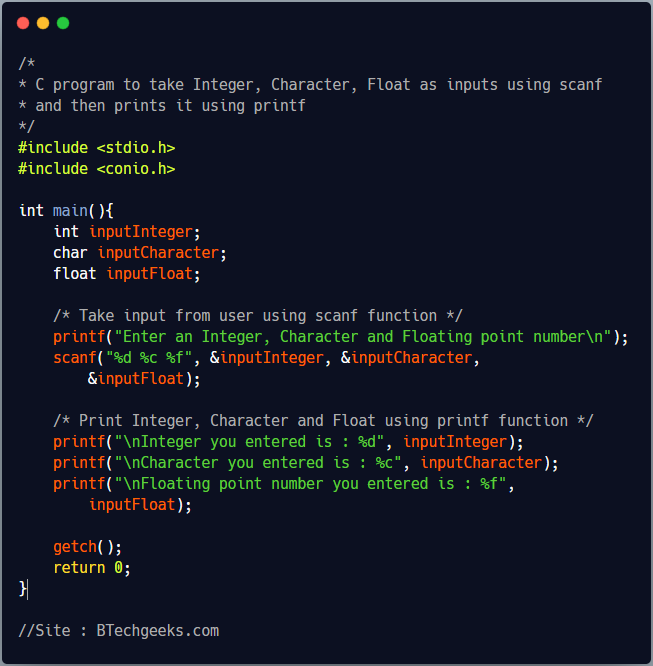