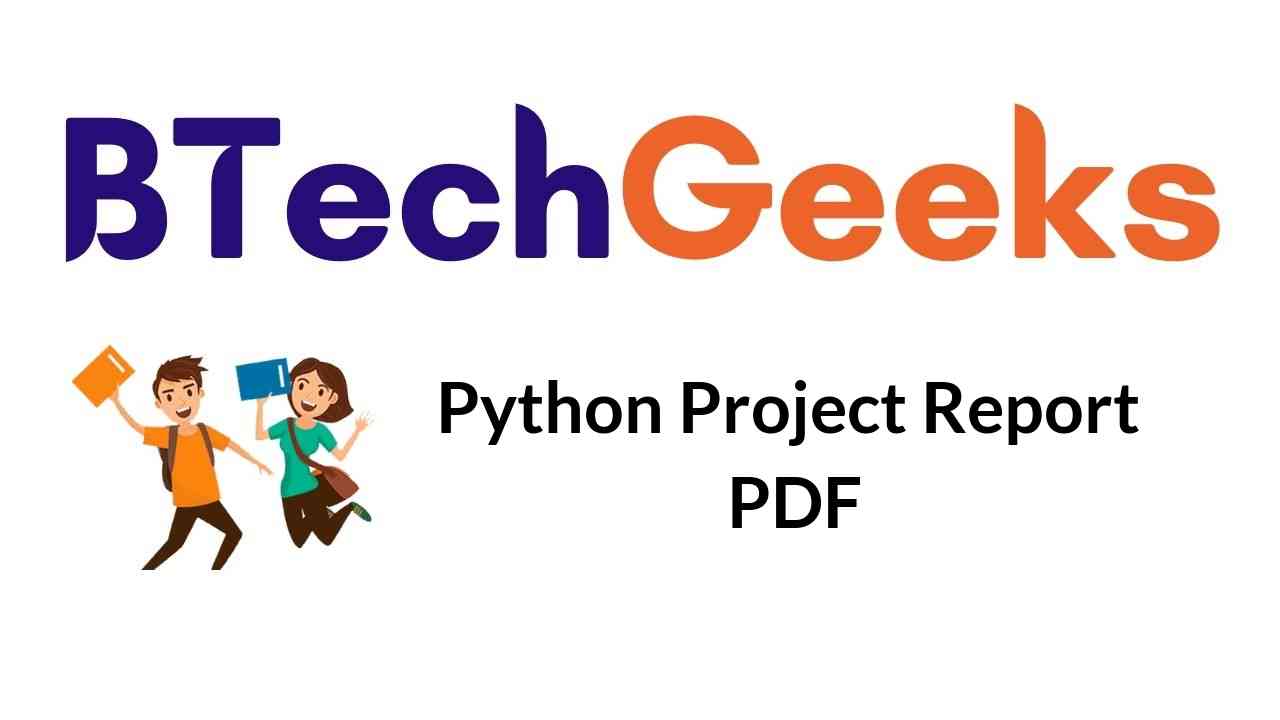 Python Project Report Notes: Python is an object-oriented programming language that is used for creating and developing various kinds of applications. The language is widely used for Machine Learning and Data Analysis. This popularity had made python programming jobs lucrative. People get interested in learning this language because of three main reasons. This language is simple and easy to learn. Python programmers are on-demand in the job market. Python’s speciality is its easy readability of codes. You can express the concept through a few lines of codes in Python than most of the other programming languages. The best way to learn Python is to practice and work on projects. In this article, you will find all the important details about the python project report Lecture Notes.

It is an open-source programming language available in most of the popular operating systems. Tech giants like Google, YouTube, and Netflix use Python extensively. It has an expansive library with built-in modules. Ever since its first appearance in 1991, Python has become one of the most popular programming languages in the world. It is a Graphical User Interfaces (GUI) programming language. Python allows solving problems using different styles and methods. It is one of the best programming languages for beginners because of its easy syntax. This article will help you to get complete details about your python programming project.

Python is a simple language with simple syntax in English keywords. It is also easy to debug in Python. Python solves the complexity of ‘how to do it’ and gives the opportunity of becoming more productive. However, you must practice different kinds of projects to be more proficient in Python. Here, we have listed different projects that you can complete to become more proficient in python programming.

Python has been there since 1991. So, there are multiple books on Python. People often become confused to choose the right books. We have made a list of some best books on Python-based on reviews. Learning python is like learning any other new skill. So, it is very important to connect with the best resources. The good thing is that there is no shortage of good books on Python that will help you to understand this popular programming language easily.

Like every other course, it is important to know the syllabus of Python before starting the course. The syllabus may vary depending on the type of course and institution. However, the basic concept remains the same. We have discussed the basic concepts that are taught in python programming course in this article.

Introduction to Python and Computer Programming

Question 1.
What are Python decorators?

Answer:
Python decorator is a kind of change that we do in Python syntax to change the functions easily.

Question 2.
What is Python?

Answer:
Python is an object-oriented programming language that is used for creating and developing various kinds of applications. The language is widely used for Machine Learning and Data Analysis.

Question 3.
What are the built-in types in Python?

Answer:
There are two kinds of built-in in Python.
Mutable built-in types

Question 4.
How to describe a Python project in an interview?

Answer:
You should start explaining the project with the problems. Next, explain the whole process of how you developed the solution. Then, describe the obstacles you faced in the process and how you solved them. All these things should be done confidently.

Projects are an important part of studying a programming language. The projects mentioned-above will help you become more proficient in Python.