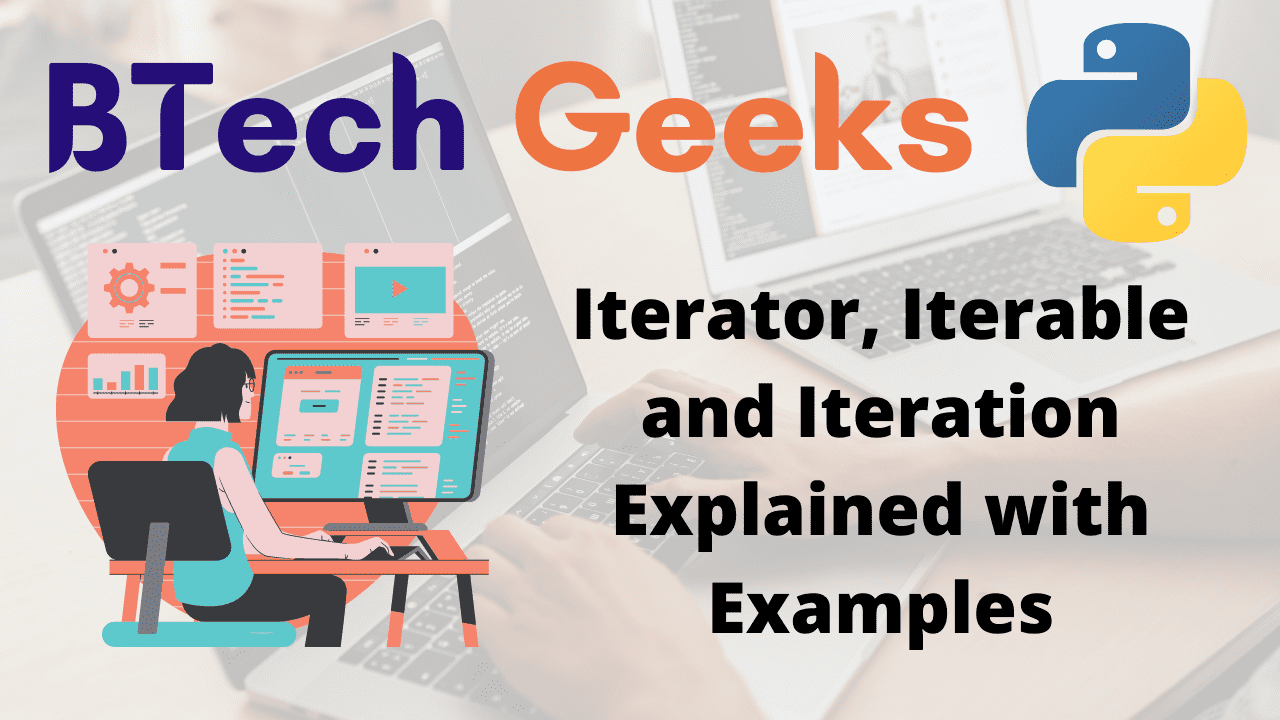 Iterator , Iterable and Iteration with Examples

Iterable is a type of object that is made up of other components. Iterables include things like list and tuple. It’s identical to any Java collection class or C++ container class. When the iter() function on an Iterable object is called in Python, an Iterator is returned, which can be used to iterate over the elements inside Iterable.

If a class has overloaded the magic method __iter__() in Python, it is called Iterable. The Iterator object must be returned by this feature.

In Python, an iterator is an entity that iterates over iterable objects such as lists, tuples, dicts, and sets. The iter() method is used to create the iterator item. It iterates using the next() form.

The iterator’s initialization is handled by the __iter(iterable)__ process. Next ( __next__ in Python 3) returns an iterator item. The iterable’s next value is returned by the next process. When we use a for loop to traverse some iterable object, it uses the iter() method to obtain an iterator object, which we then iterate over using the next() method. To signal the end of the iteration, this method raises a StopIteration.

Iteration is the method of looping through all of the elements of an Iterable with the help of an Iterator object. We can iterate in Python using for loops or while loops.

Since the __next__() function is overloaded, it returns a list iterator object, which is essentially an Iterator. You may also look at the Iterator form that was returned.
Let’s use this iterator object to loop through the contents of the list.

Python has a fantastic for loop that iterates over the Iterable object using Iterator. For example, we can use the for loop to iterate over the elements in a list (Iterable).
Internally, the for loop does the same thing, retrieving the Iterator from Iterable and using it to iterate over the elements in Iterable. However, it offers a short hand form; we don’t need to write a large while loop or catch StopIteration errors ourselves because it handles everything internally.
We may iterate over other Iterables as well, such as list, tuple, and custom Iterators.