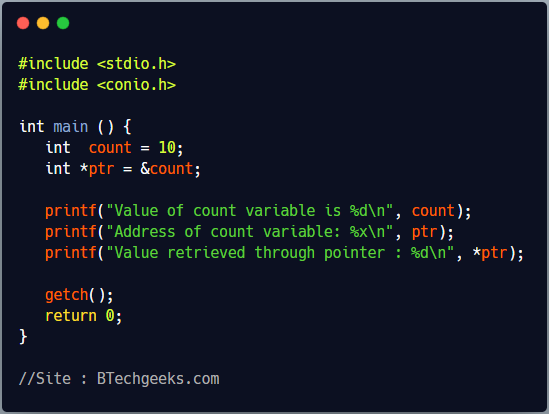 Some operations in C, can be performed efficiently using pointers like dynamic memory allocation, dynamic data structures like linked list and trees, pass arguments to a function as Call by Reference, access array elements etc.

To become an expert C programmer, it is necessary to have deep understanding of pointers.

While handling a data through pointers, we need to know the address of a variable and second is given a memory address or pointer we want to access data stored at that location. Address of(&) and Value of(*) operators are used to perform above mentioned pointer operations respectively.

Above pointer declaration specifies that, ptr is a pointer variable that will store the memory address where an integer value is stored.
We can also initialize a pointer as follows: