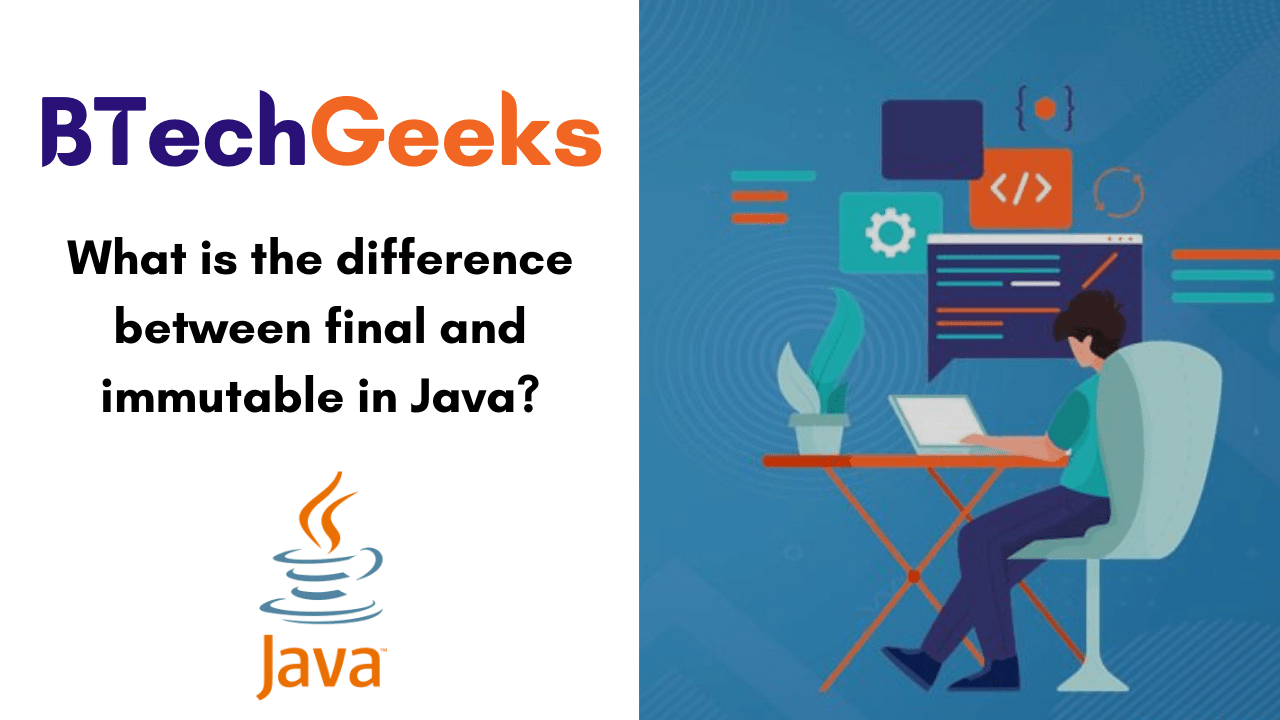 Let’s get into this tutorial and learn completely about What is the difference between final and immutable in Java? Apart from the final vs immutable with example explanation, you may also get to know what is final and immutable in java efficiently from here. Just click on the links available below and start understanding the concept thoroughly.

What is Final in Java?

When a variable indicated as final and assigned a value, you can’t alter the value of the variable. The final method can’t be overridden by the child class. A class that is declared final cannot be extended.

What is Java Immutability?

Difference between Final and Immutable in Java

3. Final ensures that the address of the object remains the same, Whereas the immutable suggest that we can’t change the state of the object once created.

Java program to demonstrate the difference between final and immutability:

Diagrammatically representation of the above program

In the earlier diagram, we can see that we are creating an object of the StringBuffer class by making the reference variable final.