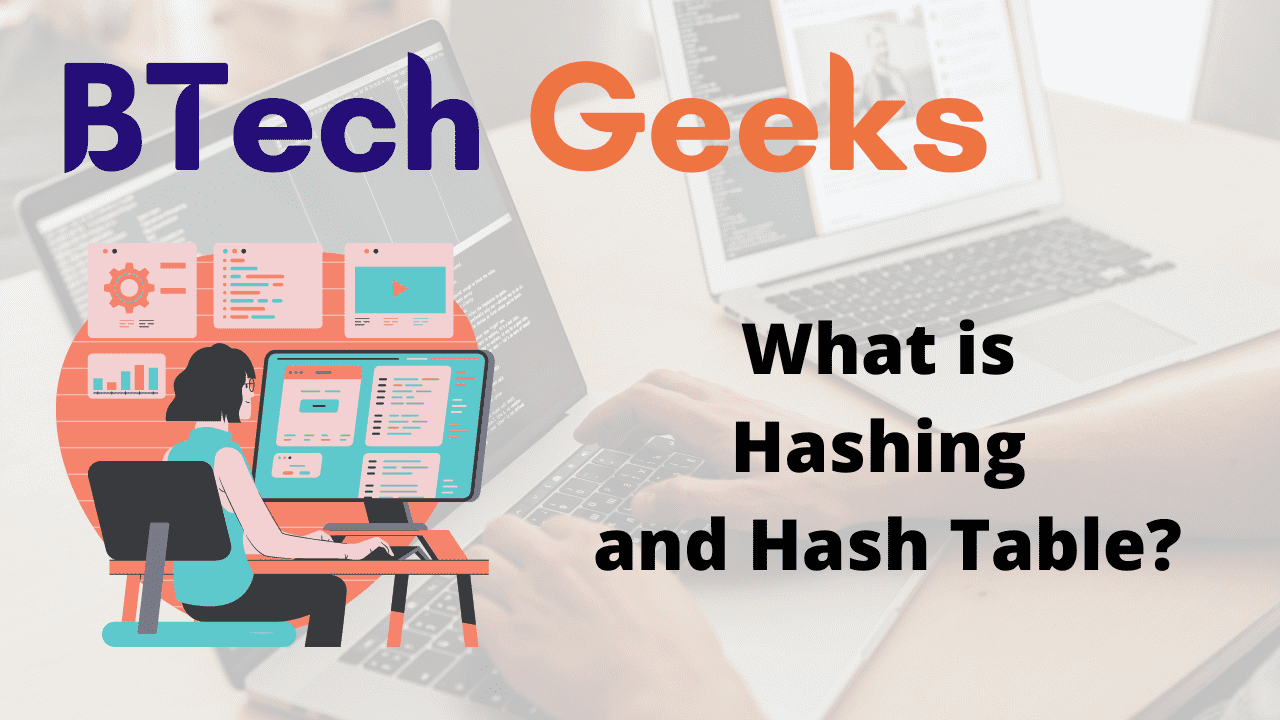 Hashing is the process of mapping object data to a representative integer value using a function or algorithm.

This hash code (or simply hash) can then be used to narrow our quest when searching for the item on the map.

These hash codes are usually used to create an index at which the value is stored.

A hash table is a data structure that stores data associatively. Data is stored in an array format in a hash table, with each data value having its own unique index value. When we know the index of the desired data, we can access it very quickly.

As a result, it becomes a data structure in which insertion and search operations are extremely quick, regardless of the size of the data. Hash Tables use an array as a storage medium and use the hash technique to produce an index from which an element is to be inserted or located.

When an entity is inserted into a Hash Table, its hash code is measured first, and the bucket in which it will be stored is determined based on that hash code.

Let us illustrate this with an example.

For instance, suppose we want to store some numbers in a Hash Table, i.e.

Internally, this Hash Table can use 10 buckets, i.e.

The Hash Code will be returned by our Hash Function.

This Hash code for,

As we can see, the hash code for both 32 and 92 is the same, which is 2. In Hashing, this is referred to as Collision. Both components would be deposited in the same bucket if they collide.

If we want to check for an element in a hash table, we must first calculate the hash code for that element. Then, using the hash code, we’ll go straight to the bucket where this element will be saved. Now, there may be several elements in that bucket; in that case, we’ll look for our element only in those elements.

Assume we want to find 45 in the hash table in the previous case.

Then we’ll go straight to bucket no. 5 and search for the factor there.

From the viewpoint of searching, each bucket containing only one element in the Hash table is the best case scenario. In such a case, searching time would require the following effort:

The complexity of calculating hash codes is O(1)

If the bucket only contains one element, choosing that element from the bucket is a complex task O(1)

Consequently In the best case scenario, finding an element would be difficult O(1)

The worst case scenario in hashing is when the Hash Function is not correctly implemented, resulting in the same hash code for several elements.

Assume the following is our hash function:

Since all components are in the same bucket, complexity is at its highest in this case. As a result, the complexity will be O(n) since it must check for the appropriate element among all elements.