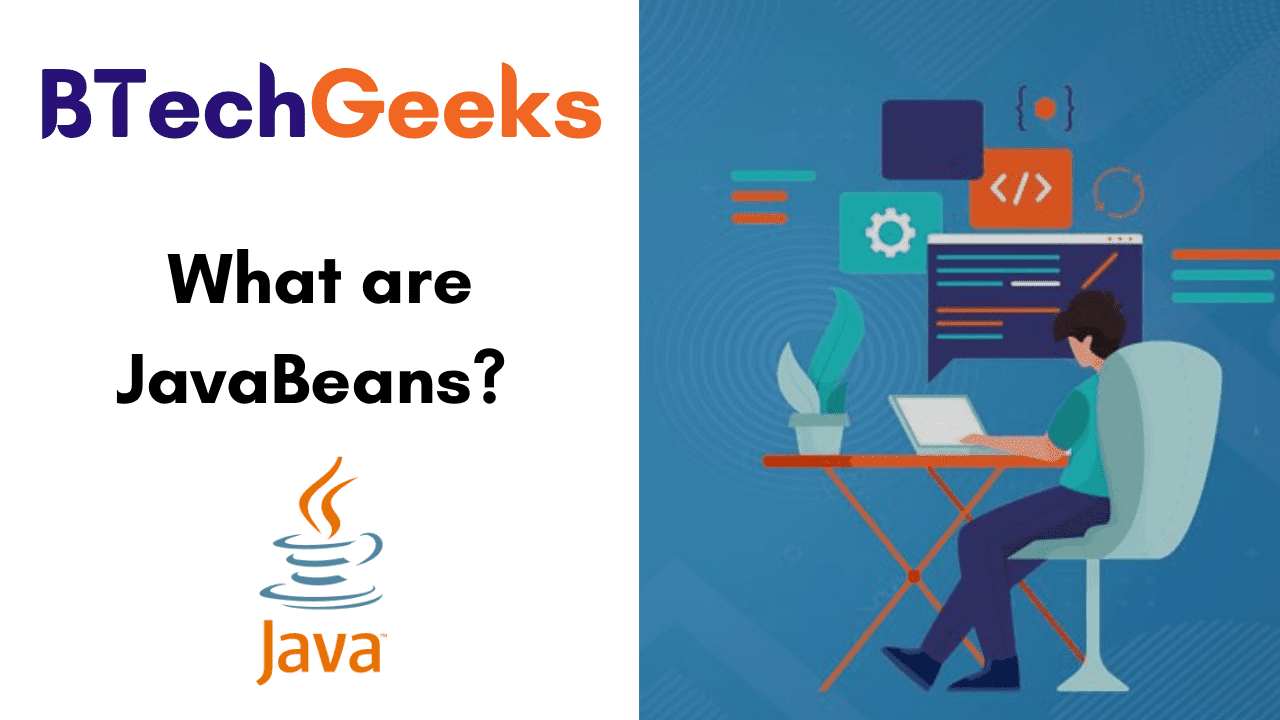 Definition java bean: Javabeans is a Portable, Platform Independent Model written in the Programming Language Java. In simple words, they are nothing but the classes that encapsulate several objects within a single object. You can access the objects from multiple places and includes several elements namely constructors, getter/setter methods, etc.

JavaBeans are the ordinary java classes that should follow the following conventions:

Why we use JavaBeans?

Javabean tutorial for beginners: In Order to Access the Java Beans Class, we use getter and setter methods.

What are java beans: Java Bean Property is a named feature that users of the object can access. The feature can be any data type including the classes you define. Java Bean Property can be read, write, read-only, write-only. Features of Java Beans can be accessed using the two methods.

Javabeans tutorial for beginners: If the Property Name is Firstname then the Method Name would be getFirstName() to read the Employee Name. The method is known as Accessor. Properties of getter Methods are as such

Java bean property: If the Property Name is Firstname then the Method Name would be SetFirstName() in order to write the Employee Name. Properties of Setter Methods are as follows

Since we are aware of the theoretical knowledge of Java Beans let’s get started to know the implementation process of Java Beans.

We have outlined some of the major benefits of using Java Beans. They are as follows

Portable: Java Beans Components are built purely in Java and are fully portable to the environments that are supported by the Java Run Time Environment. Platform Specifics that support the Java Beans are implemented in Java Virtual Machine.

Compact and Easy: Components of Java Beans are simple to create and easy to use. It will not take much time to write a Simple Bean. Since a Bean is lightweight it will not carry a lot of inherited baggage to support the bean’s environment.

Carries the Strength of Java Platform: Java Beans are pretty compatible and don’t have any complicated mechanism for registering components with run time system.

Along with the numerous advantages that come with Java Beans there are certain disadvantages as well and we would discuss the same.

What Is Bean ? Explain Its Advantages In Brief.
What Are The Advantages Of Java Beans