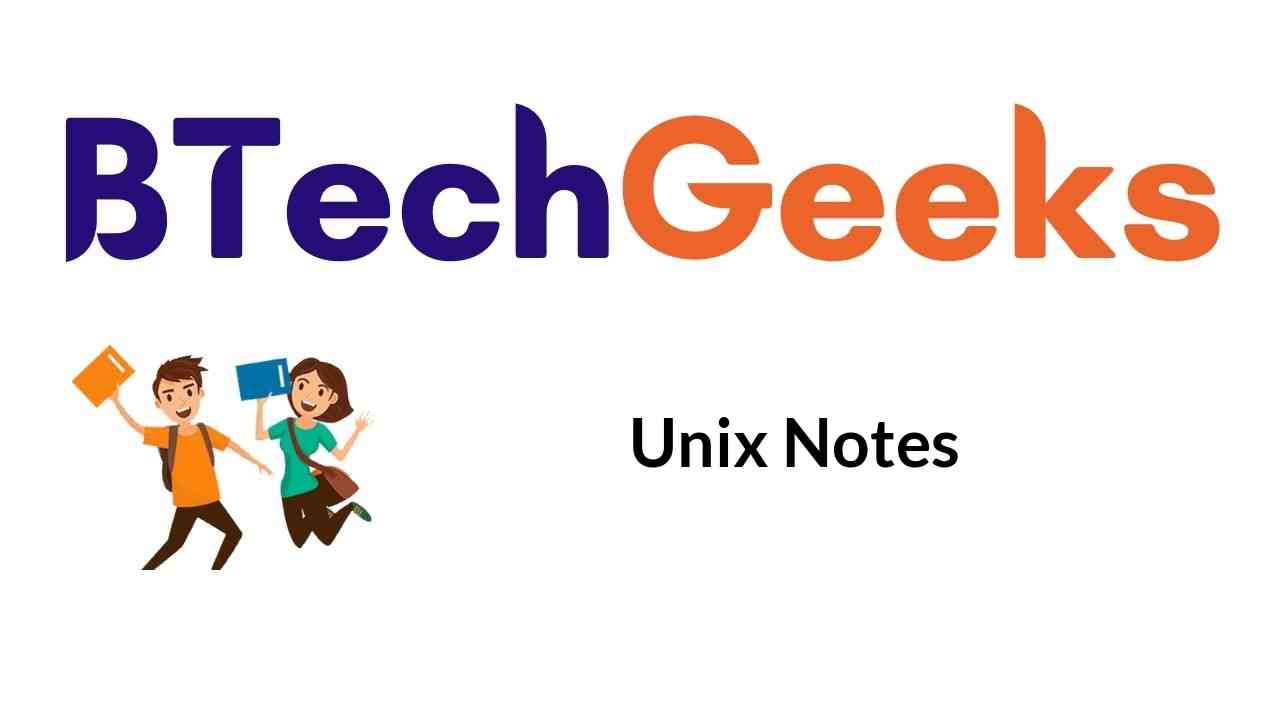 UNIX Notes: UNIX and some other operating systems similar to UNIX are derived from Bell Lab’s UNIX system. Among these operating systems, UNIX is widely known as a powerful multi-tasking and multi-user operating system. UNIX is the first operating system that is written in a high-level language. The basic building blocks of this operating system were developed by K. Thompson, D. Ritchie, and a few others. From this primary building with a hierarchical file system, various generations of UNIX were developed for different kinds of machines. The programmes in UNIX are designed around some fundamental philosophies that include requirements like interoperable, standardized text interface, and single purpose. In UNIX, the same resources can be shared by different users. In this article, you will get complete details about the Lecture Notes and study material of UNIX.

UNIX was first developed in 1960, and this operating system has been under constant development since then. UNIX is a multi-user, multi-tasking, and stable operating system for desktops, laptops, and servers. UNIX has a GUI (Graphical User Interface) that provides an easy-to-use environment. There are multiple UNIX operating systems, but they all have similarities. Some of the popular UNIX operating systems are MacOS X, Sun Solaris, and Linux. UNIX has become very important in consumer computing, and it is there to stay in future as well. So, if you are a developer interested in learning UNIX or already learning about UNIX, you can get many essential details about UNIX from this article.

UNIX is a popular operating system nowadays. Many tech giants look for people with knowledge in UNIX. UNIX is the giant in the world of servers. The subject is vast, and you may have to spend a lot of time delving deeper into the matter. UNIX has complexities which will make you curious to spend more time with the subject and understand it better. However, we have prepared some right study materials for UNIX for you so that things become more comfortable for you.

There are more than a hundred books for UNIX. But we have done a lot of research and made a list of some famous books for UNIX. These books are widely used by many students worldwide. You can have any two or three books among the list as per your preference and requirement.

Question 1.
What is UNIX?

Answer:
UNIX is a multi-user, multi-tasking, and stable operating system for desktops, laptops, and servers. UNIX has GUI (Graphical User Interface) that provides an easy-to-use environment.

Question 2.
When was UNIX developed?

Answer:
UNIX was first developed in 1960, and this operating system has been under constant development since then.

Question 3.
What are some popular UNIX operating systems?

Question 4.
What are some best books on UNIX?

Answer:
Some of the best books on UNIX are given below: