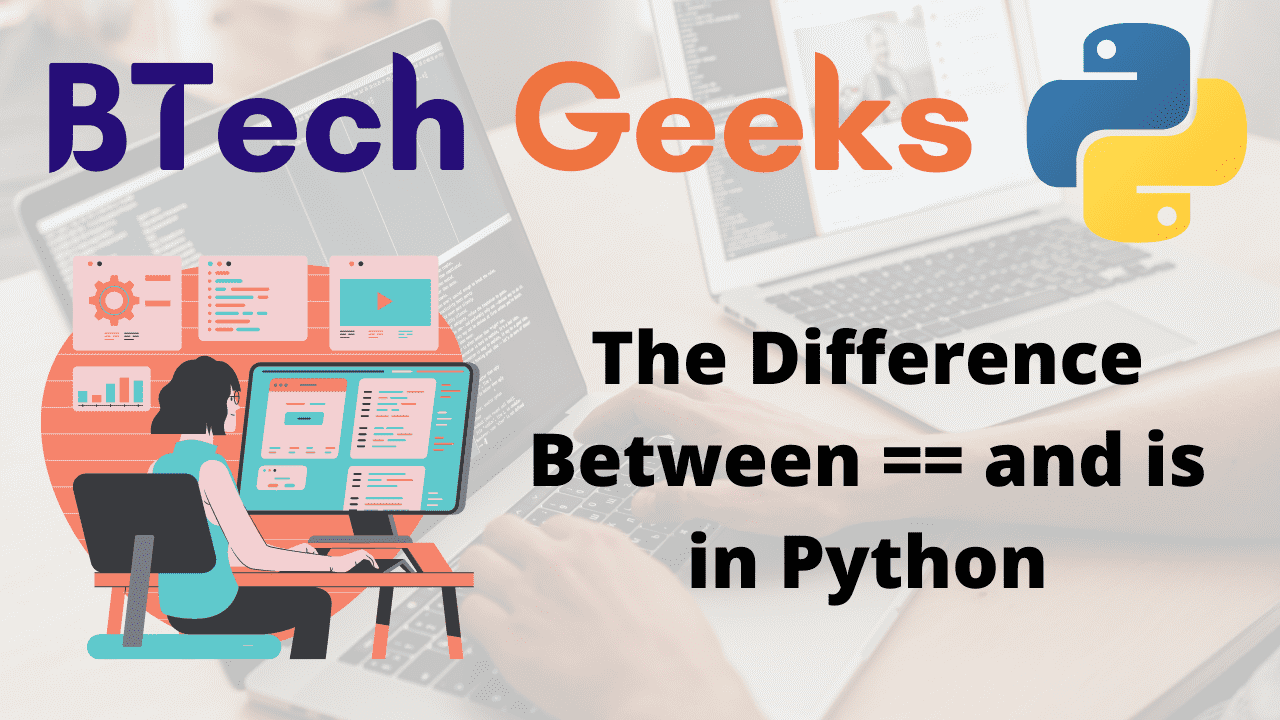 In Python, the operators == and is do very similar functions, yet they are extremely different and deal with a very important concept: how Python saves its variables in memory.

The Python is operator checks if two variables link to the same object in memory, whereas the == operator compares the value or equality of two objects. Except when comparing to None, which means you should utilise the equality operators == and!= in the vast majority of situations.

Understanding the difference Between == and ‘is’ in Python

But what exactly is an object ID? In memory, each object is assigned an ID, and two variables can point to the same item, giving them the same object ID.

In the preceding example, there are two lists in memory at first, but they contain the identical values.

== compares values and returns True if the operation is successful.
However, it tests to see if they point to the same object, and because these lists do not link to the same object, it returns False.
After that, we set listwo equal to listone, which causes listwo to point to where listone is pointing, and it returns True.
All of this is extremely different for integers, and in order to grasp this, we must first understand how objects are stored in memory.

We know the number has the value 6, but how does it become stored in memory? In Python, each object has four memory parts:

Object value and reference count are the two most significant items in the preceding list for this topic.

So, for number = 6, there is an object in memory with object value 6 and reference count 1, indicating that the object has a value of 6 and one variable, in this case number, is pointing towards it.

Let us now declare another variable as follows:

Now, something very fascinating will happen in memory: no new objects will be generated, and number 2 will also point to where number is pointing, and the object’s reference count will increase to 2.

As a result, number and number 2 will have the same object ID, like the above output.

But what if we do as given below?