Python code editors are designed for the developers to code and debug program easily. Using these Python IDEs(Integrated Development Environment), you can manage a large codebase and achieve quick deployment.

Developers can use these editors to create desktop or web application. The Python IDEs can also be used by DevOps engineers for continuous Integration.

What are IDEs and Code Editors?

Whether you are new to this game or you are a veteran player, you need an IDE (Integrated Development Environment) or a code editor to showcase your coding skills and talent. An IDE is a software that consists of common developer tools into a single user-friendly GUI (Graphical User interface). An IDE majorly consists of a source code editor for writing software code, local build automation for creating a local build of the software like compiling computer source code. Lastly, it has a debugger, a program for testing other programs. An IDE can have many more features apart from these & those vary for each IDE.

Code editors are also software; it is like a text editor with some added functionalities. It is not an IDE as an IDE has many developer tools. Depending upon the language one codes on the editor, it highlights special keywords and gives some suggestions. Sublime Text, Atom, Visual Studio Code are some of the popular code editors.

We have listed some major and standard features and requirements required by every project in its build phase and after. A project can have more requirements than mentioned below, but these are the basic ones, and IDE must possess.

An IDE or editor must save your work and reopen everything later, in the same state it was in when you left, thus saving time for development.

It should have a built-in compiler to execute your code. If you are not executing it in the same software, then probably it is a text editor.

The debugger in most IDEs provides stepping through your code and applying breakpoints for the code’s partial execution.

Being able to spot keywords, variables quickly, and symbols in your code make reading and understanding code much easier.

This is an interesting feature; the code indents itself as the developer uses loops, functions, or any other block code.

PyCharm is an IDE for professional developers. It is created by JetBrains, a company known for creating great software development tools.

There are two versions of PyCharm:

PyCharm provides all major features that a good IDE should provide: code completion, code inspections, error-highlighting and fixes, debugging, version control system and code refactoring. All these features come out of the box.

Personally speaking, PyCharm is my favorite IDE for Python development.

The only major complaint I have heard about PyCharm is that it’s resource-intensive. If you have a computer with a small amount of RAM (usually less than 4 GB), your computer may lag. 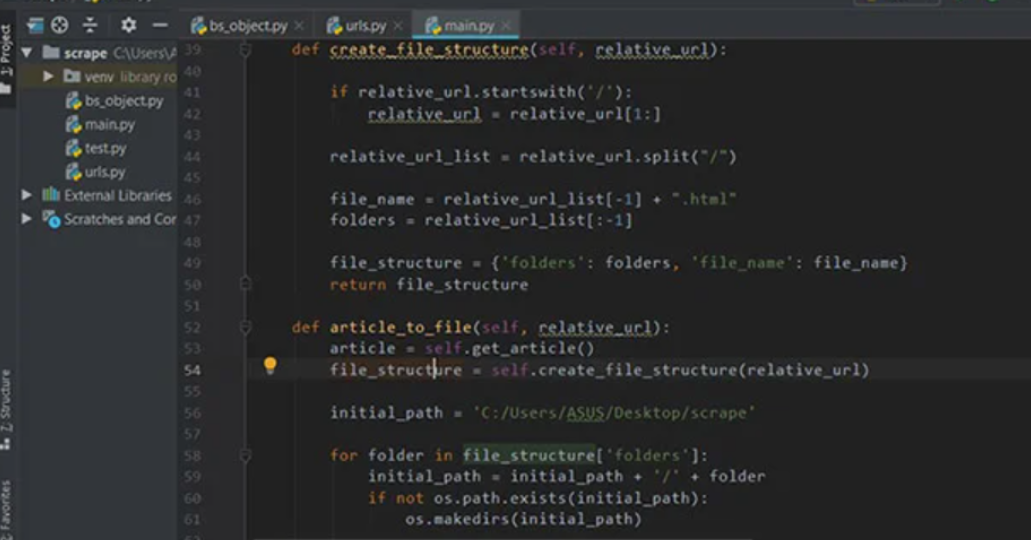 When you install Python, IDLE is also installed by default. This makes it easy to get started in Python. Its major features include the Python shell window(interactive interpreter), auto-completion, syntax highlighting, smart indentation, and a basic integrated debugger.

IDLE is a decent IDE for learning as it’s lightweight and simple to use. However, it’s not for optimum for larger projects. 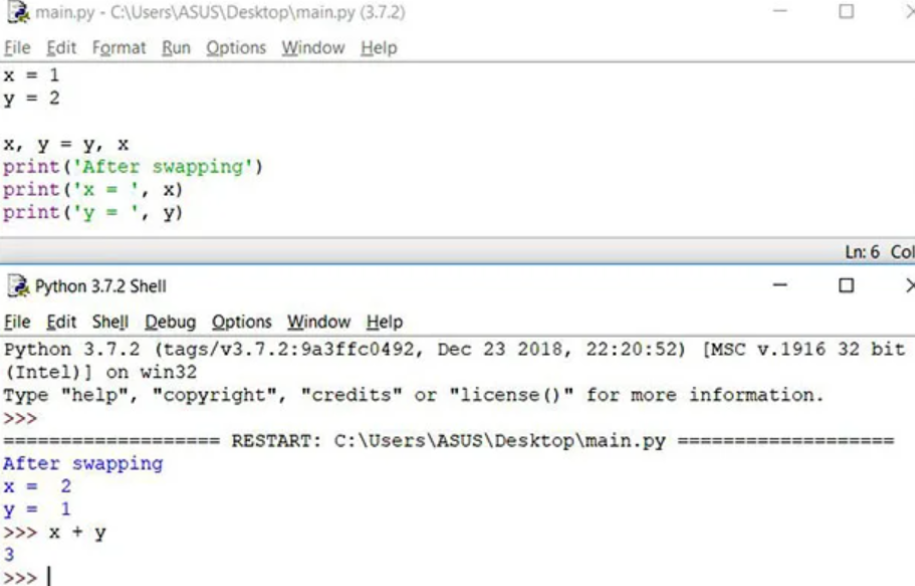 Sublime Text is a popular code editor that supports many languages including Python. It’s fast, highly customizable and has a huge community.

It has basic built-in support for Python when you install it. However, you can install packages such as debugging, auto-completion, code linting, etc. There are also various packages for scientific development, Django, Flask and so on. Basically, you can customize Sublime text to create a full-fledged Python development environment as per your need.

You can download and use evaluate Sublime text for an indefinite period of time. However, you will occasionally get a pop-up stating “you need to purchase a license for continued use”. 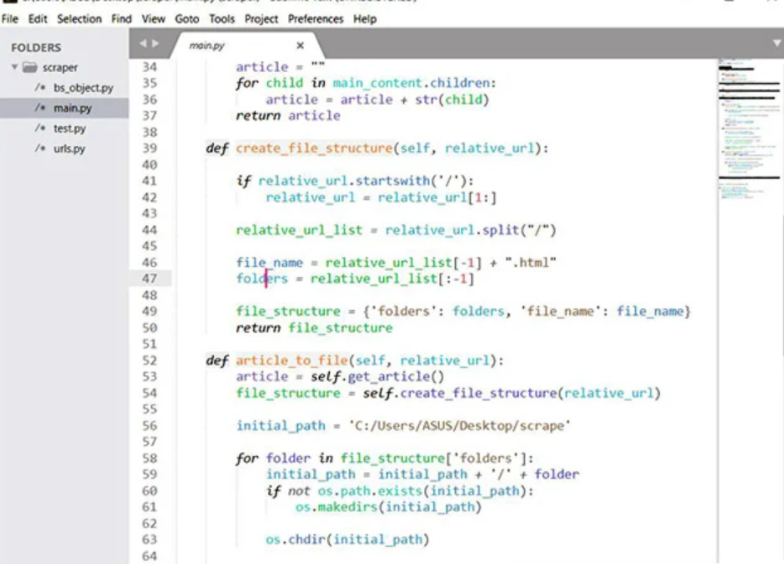 Atom is an open-source code editor developed by Github that can be used for Python development (similar Sublime text).

Its features are also similar to Sublime Text. Atom is highly customizable. You can install packages as per your need. Some of the commonly used packages in Atom for Python development are autocomplete-python, linter-flake8, python-debugger, etc. 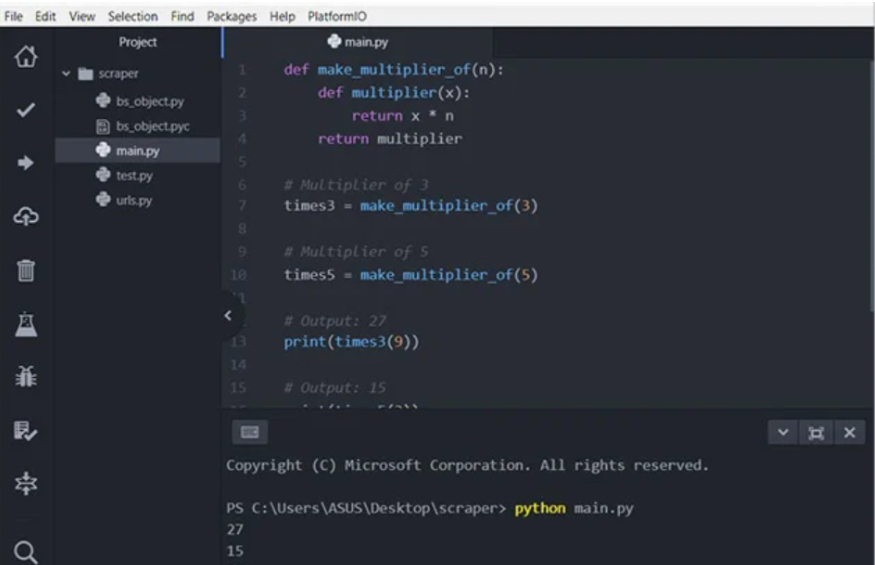 Visual Studio Code (VS Code) is a free and open-source IDE created by Microsoft that can be used for Python development.

You can add extensions to create a Python development environment as per your need in VS code. It provides features such as intelligent code completion, linting for potential errors, debugging, unit testing and so on.

VS Code is lightweight and packed with powerful features. This is the reason why it becoming popular among Python developers. 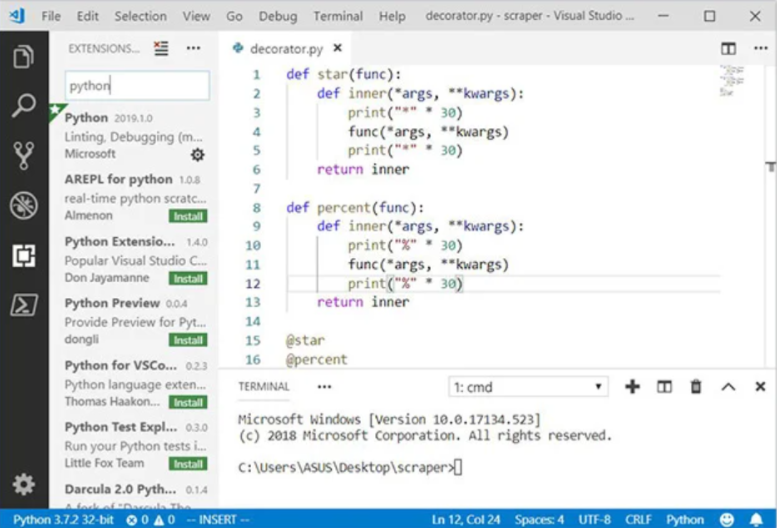 Spyder is an open-source IDE usually used for scientific development.

Spyder has some great features such as autocompletion, debugging and iPython shell. However, it lacks in features compared to PyCharm. 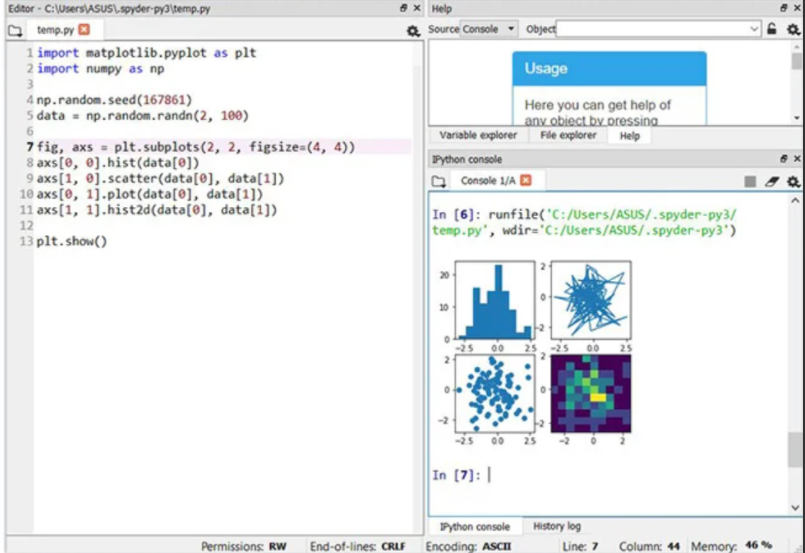 Thonny is an integrated development environment (IDE). Developed by the University of Tartu in Estonia, this software has been designed mainly to make life easier for beginners in Python by providing them with a simple, lightweight IDE. Still, with excellent features, it is a bit like the beginner’s kit. This software is therefore particularly suitable for beginners who wish to start programming and development in Python and is therefore not at all suitable for development experts.

The user interface is isolated from all features that may distract beginners. It is a well-thought-out pedagogical course for beginners who want to develop in Python quickly, easily, and simply.

If you’ve spent any amount of time in the open-source community, you’ve heard about Eclipse. Available for Linux, Windows, and OS X at, Eclipse is the de-facto open-source IDE for Java development. It has a rich marketplace of extensions and add-ons, which makes Eclipse useful for a wide range of development activities.

One such extension is PyDev, which enables Python debugging, code completion, and an interactive Python console. Installing PyDev into Eclipse is easy: from Eclipse, select Help, Eclipse Marketplace, then search for PyDev. Click Install and restart Eclipse if necessary.

Which Python IDE is Right for You?

Only you can decide that, but here are some basic recommendations:

Python is one of the most well-known languages and perhaps even the most popular. As with most major languages, you have a multitude of useful, practical, and powerful IDEs, whether they are paid or free.