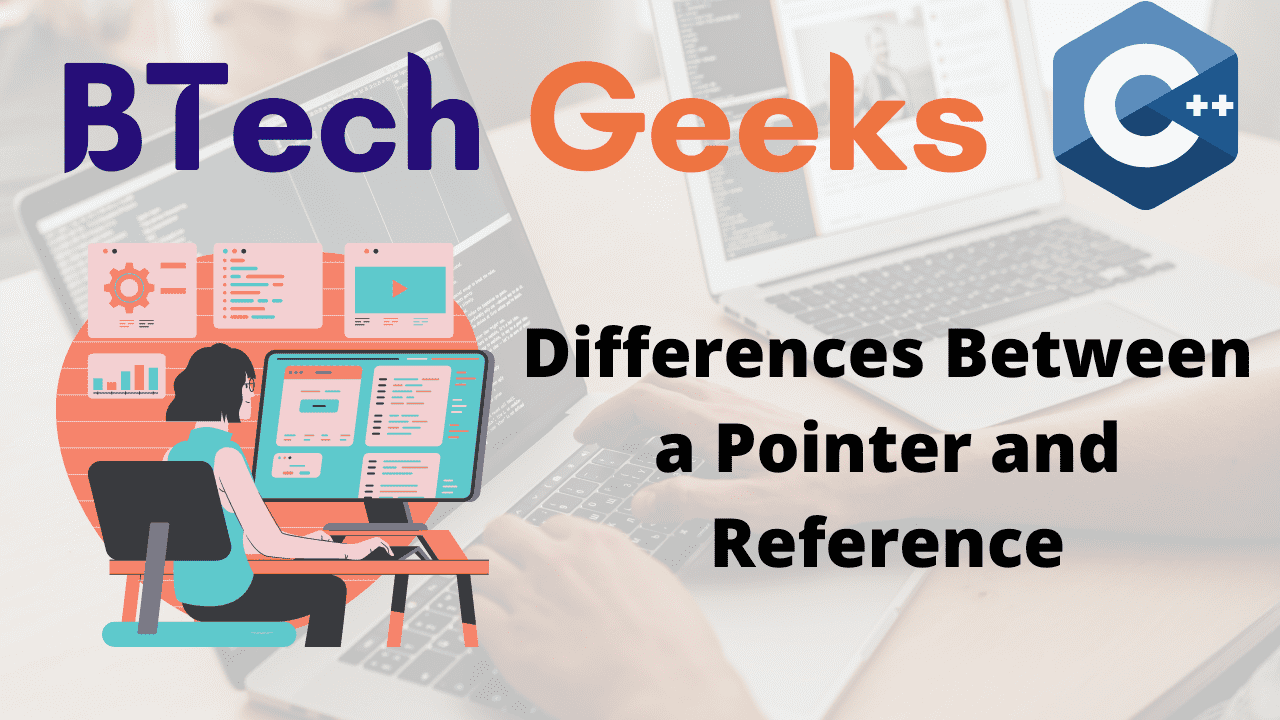 C and C++ accept pointers in a way that most other programming languages do not. References are supported by other languages such as C++, Java, Python, Ruby, Perl, and PHP.

Both references and pointers seem to be very similar on the surface; both are used to allow one variable provide access to another. For both having much of the same capabilities, it is often unclear what distinguishes these two systems. In this post, we will discuss the difference between pointers and references.

A variable that holds the memory address of another variable is known as a pointer. To access the memory location that a pointer points to, it must be dereferenced with the * operator.

A reference variable is an alias, or another name for a variable that already exists. A reference, like a pointer, is implemented by storing an object’s address.
A reference can be thought of as a constant pointer (not to be confused with a constant value pointer!). The compiler can apply the * operator for you if you use automatic indirection.

If you attempt to point an already initialised reference to another variable, it will not change its reference point instead, this type of assignment will only change the value of the variable to which the reference was pointing.

In contrast, you can adjust the value of a pointer i.e, force a pointer to point to a new memory location at run time.

2)It is needed to initialise a reference while declaring it, i.e. A pointer, on the other hand, may be declared without being initialised. As a result, pointer may also be set to NULL. In contrast, it is not possible with a Reference.

4)A pointer’s value can be incremented and decremented, and it can be used for random indexing, but this is not possible with a reference.

5)If you take a reference’s address, it will be identical to the address of the variable to which it is referring. In the case of a pointer, though, the situation is different.

6)If pointers are allocated on heap, there is always a chance and extra effort to delete them. There may be issues such as memory leaks and hanging pointers. In the case of references, however, it is fine, and you do not need to be concerned with such issues.

8)Pointers can perform a variety of arithmetic operations, but there is no such thing as Reference Arithmetic. (However, as in &obj + 12, you can take the address of an object pointed by a reference and perform pointer arithmetic on it.)
Related Programs: