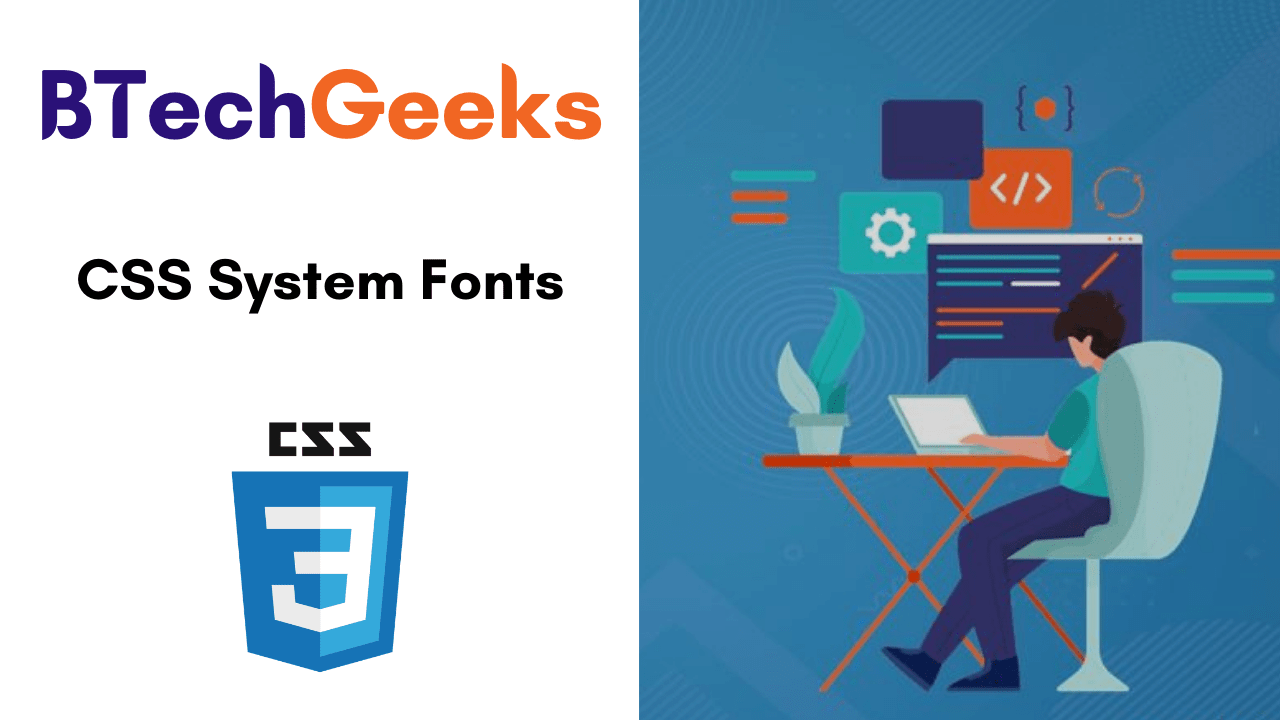 In this tutorial, we will learn What is CSS System Fonts. Also, you may know web fonts in CSS with Syntax. Moreover, this tutorial makes you familiar with the concept of system fonts in CSS by the available direct links.

CSS System fonts are worth viewing if you need to develop your website speed to give a better user experience. Since 2008 developers have been ready for using the @font-faceCSS property to do custom fonts on websites. Later more browsers like Safari and Firefox supported the @font-face property and it earns more traction in the developer community. After that, we have seen Typekit pop up in 2009 and later Google Fonts commenced offering a range of serif, sans-serif, and other typefaces for free of charge.

Now the @font-face is fully supported over browsers, and you can embed various fonts on your website. However, you can either host the fonts yourself or embed them from external sources such as Google Fonts.

Web fonts in CSS are applied to support the use of fonts in CSS, which are not placed on the local system. Once picking the not installed font, simply add the font file on the webserver and it will be spontaneously downloaded when required.

Everything appears with a (performance) cost

Although it’s fabulous we’ve seen enough choice and flexibility with fonts, embedding fonts on web pages does occur because of the website speed. Notably, on mobile devices utilizing 3G or 4G connections, it signifies that your website is fast and utilizes the most limited amount of data possible.

While applying custom fonts the problem is the font needs to load before the content is performed so the user is waiting on those resources to load before they are ready to do their task. While system fonts are installed on the device it’s more responsive to access those fonts so it’s a great user experience.

We can see that plenty of well-known websites using systems fonts are as follows:

Usually, a lot of big websites are driving more towards system fonts at recent times.

The above code will perform like this, the browser will go through each of these fonts from left to right, it’ll understand if the device has any of these fonts installed and once it gets one it’ll display that font. In case it can’t obtain any of those font families then it’ll simply display a sans-serif font.

In case you need to allow emojis then you have to ask for the system fonts that are used too in CSS with the help of the following code snippet: