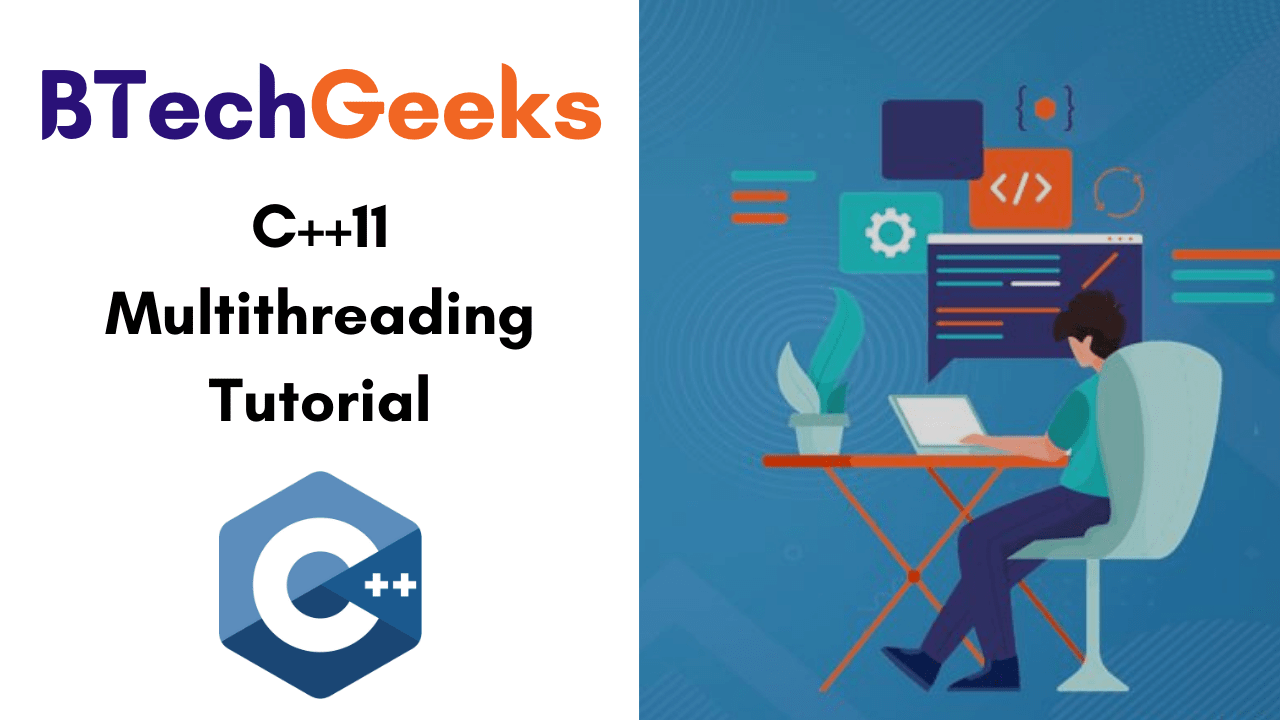 C++ 11 tutorial pdf: In the previous article, we have discussed about C++ Programming Tutorial for Beginners. Let us learn About Multithreading Tutorial PDF in C++ Program.

Excited to learn more about Multithreading in C++? Viewing BTech Geeks best & free online C++11 Multithreading Tutorial can be your savior in providing better learnings and great knowledge. The support of multithreading was initiated in C++11. Earlier, POSIX threads or p threads library in C is used to call threads.

Get into this ultimate online tutorial of C++11 Multi-thread and check out the information that you require like definitions, functions, methods, working of <thread>, etc. with Examples.

C++11 multithreading: Firstly, before understanding the basics about C++11 Multi-thread, you guys should aware of the topics included in this C++11 Multithreading Tutorial for a quick reference. Just take a glance at the direct links furnished below and get in-depth knowledge regarding std::thread in C++.

After going through the above links, you’ll definitely retain all core C++11 multithreading concepts. But now, we will be discussing some fundamentals and major information like What is Thread, Uses of Multithreading, Different ways of launching threads, and most importantly quiz and interview questions on Multithreading in C++11.

C 11 thread tutorial: A thread is a Class that represents individual threads of execution. Every single thread shares memory, file descriptors, and diverse system resources. Actually, earlier in Linux, all thread functions are stated in <pthread.h> header file but it is unavailable in standard C++ programming.

What is Multithreading in C++?

C++ multithreading tutorial: A specialized form of multitasking that accepts your computer to work two or more programs concurrently is known as Multithreading. Basically, multitasking is divided into two types. They are process-based and thread-based.

In C++, a Multi-threaded program includes two or more parts that execute concurrently. All limitations that are covered in the prior threads library in C are defeated with this std::thread. Related Classes and Functions of thread are defined in the thread header file.

C++ 11 multithreading: std::thread is the thread class that provides a single thread in C++. For working of thread, we have to create a new thread object & then the executing code is passed and it will be called (ie., a callable object) into the constructor of the object. After creating an object a new thread is initiated that will execute the code stated in callable.

C++ multithreading tutorial: The below-illustrated example is on how we can create a simple HelloWorld program with threads:

Different Ways of Creating a Thread in C++

C++ multithreading example: Basically, there are four ways of launching a thread in C++ and they are as such:

From the below multithreading in C++ program, you will observe creating the three threads from the main function by using the three main callable objects that are listed above:

Uses of Multi-threading in C++11

A multithreading environment lets you drive many activities concurrently, where diverse threads are responsible for diverse activities. You can explore different uses of multi-threading in C++ while learning or coding on your own. But for now, we are going to see some of them below. They are as follows:

The list of 10 best and most common interview questions on multithreading in C++11 is prevailing here for all freshers who are preparing & appearing for the software jobs in the C++ Programming language.