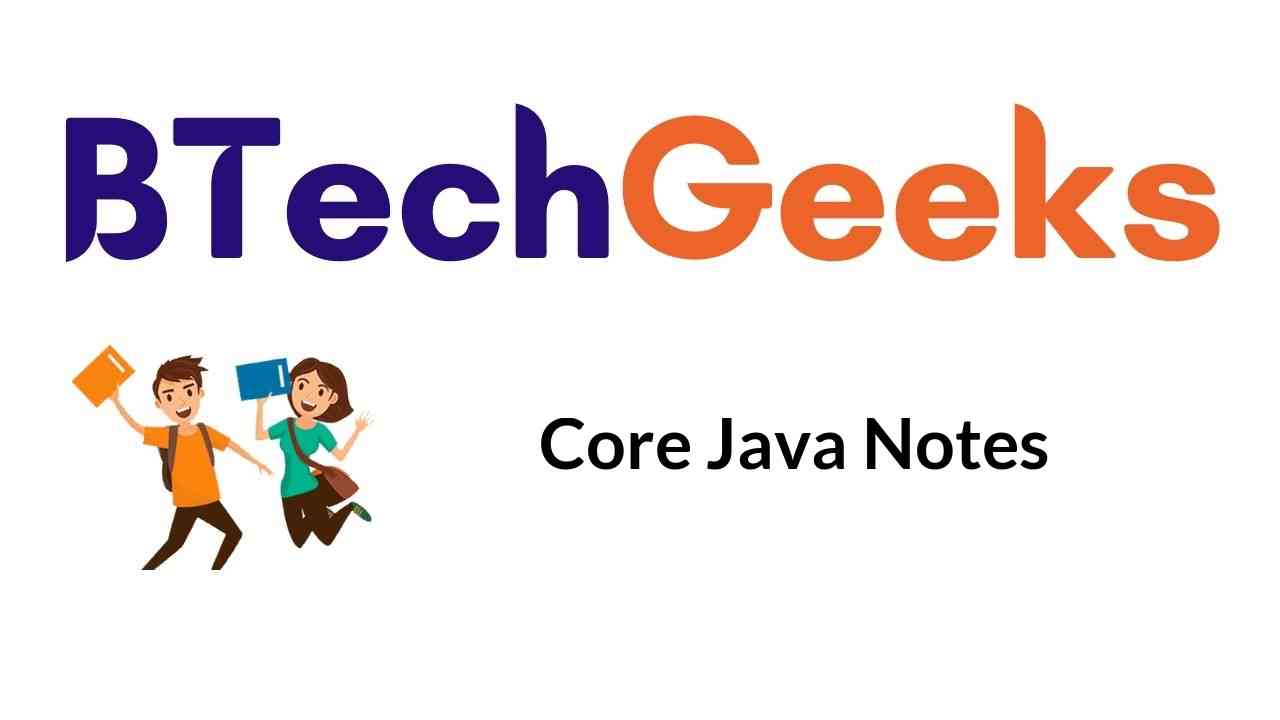 Core Java Notes: Java is one of the oldest programming languages that is still on demand. Core java is a part of the java programming language. It is used for creating or developing a general-purpose language. It is not possible to create advanced java applications without core java. It is called a ‘stand-alone application’ because it uses only one-tier architecture. Core java is the primary concept in Java variables, arrays, data types, and OOPS. It is usually a part of the Java standard edition which allows to create and develop general Java applications. Beginners interested in learning Java must start learning core java. BCA, BTech, and BE students learning core java can get important information from this article. Anyone from the non-programming background can also learn core java to get the basic knowledge of Java. In this article, you will find complete details about the reference books and study materials, Lecture Notes of core java.

Java is one of the oldest programming languages. So, there are various study materials for this language. Students get confused to choose the right study material. So, we have made a list of some important study materials of core java that will help you to understand Java well.

There are many books on Java. But you need to choose a few books for this subject. It is better not to read multiple books at the same time because it can make the subject complex. We have listed some important reference books for core java below:

There are various courses available on Java. In core java, you learn about the basics of Java. The syllabus may differ depending on the type of course. However, the basic structure remains the same. We have discussed the basic concepts of core java that are taught in core java courses.

Question 1.
What is Core Java?

Answer:
Core java is a part of the java programming language. It is used for creating or developing a general-purpose language.

Question 2.
Is Core Java enough to get a job?

Answer:
You can get a job with knowledge on core java, but it is better to learn HTML, CSS, SQL, and JavaScript to survive in the competitive job market.

Question 3.
How long does it take to learn Core Java?

Answer:
You can learn core java within eight to ten weeks. However, it may take years to be an expert.

Answer:
Yes, it is. The syntax of core java is more complex than Python. Anyone having experience in the object-oriented programming language can learn core java easily.

Core java is necessary to learn Java. So, if you are interested to learn Java, you must start with core java. Hopefully, the details provided above will help you understand it better.