Union in C programming language is similar to structures. Union is a user defined data structure which is used to store different data type in same memory location. You can define a union with many members, but at any given instance of time only one member can contain value.

Declaration of Union in C

Keyword union is used to define a union. The syntax to define union is similar to defining a structure in C. The union declaration defines a custom data type, that can store multiple member variables of different data types in same memory location.

For a variable of union Employee will occupy 32 bytes of memory to store the largest member which is name of employee.

C Program to show the Memory Allocated to a Union Variable 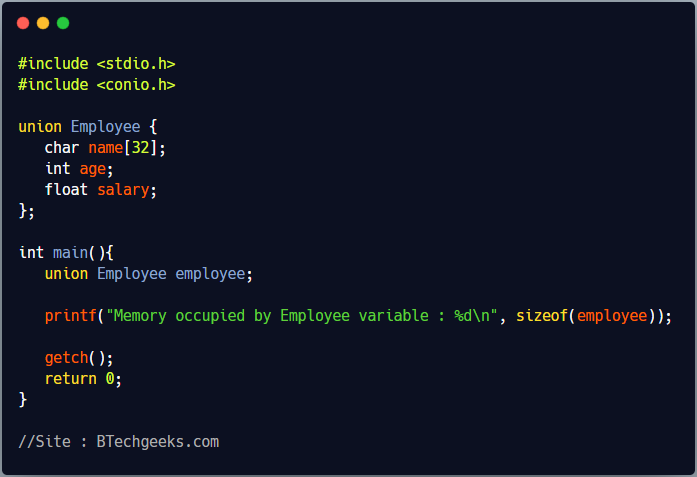 Advantage of Union over Structure
Unions efficiently utilize the same memory location for multi-purpose. It occupies less memory because the storage space needed by the union is size of the largest data member.

Disadvantage of Union over Structure
Unions cannot store multiple value at a time.

Difference between Structure and Union

C Program to show the use of Union 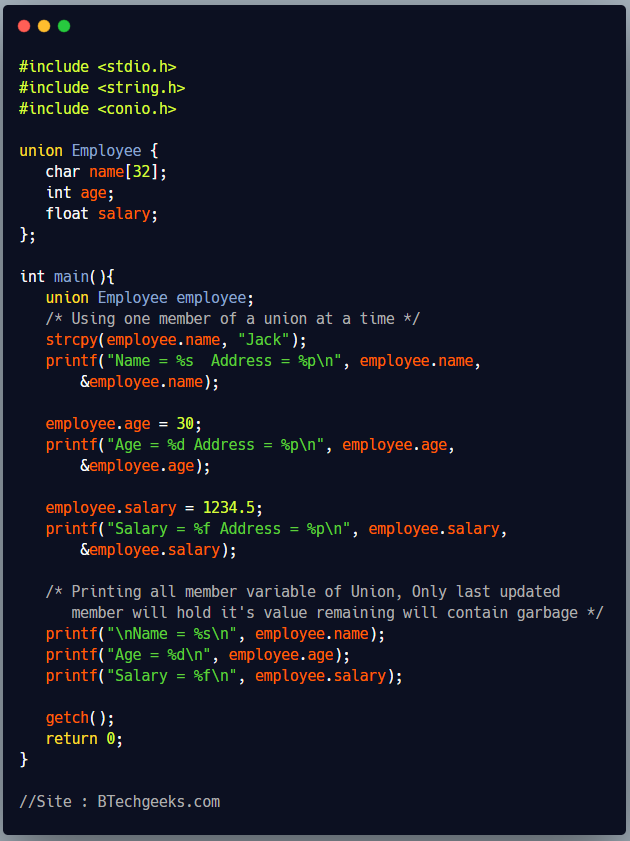 Above program shows that we are storing different member variables of a union in same memory location. However a union variable can only retain the value of most recently updated member variable.